How to get really bored of pattern-making 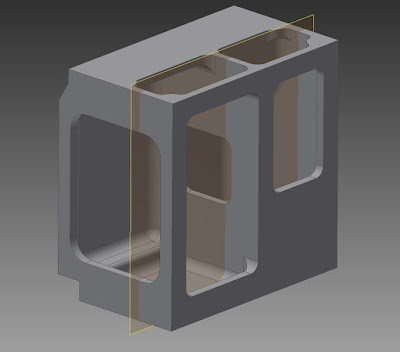 The right-hand side is an oil sump to hold the spindle lubricating oil. 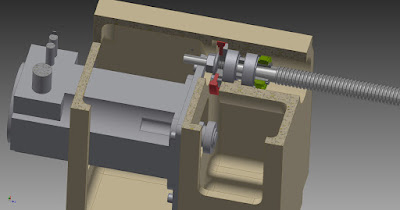 The second image shows how I intend to arrange the bearings. The red part is a sprocket, because I feel like experimenting with silent-chain in an oil bath for this project, rather than the more-conventional toothed belt. It might be a disaster, but I can always swap to belts.

The basis for the pattern is a large block of MDF. Bizarrely it is cheaper to buy a full 8x4 sheet of MDF in B&Q and have them cut it into the size wanted than it is to buy a single pre-cut 4x2 sheet. 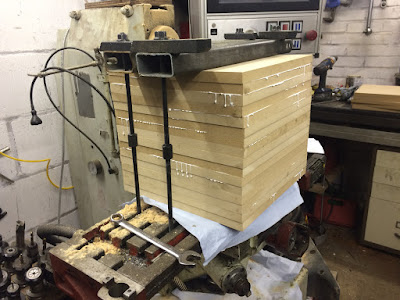 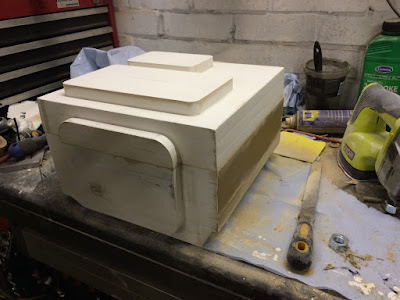 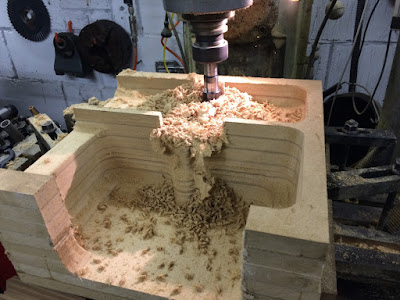 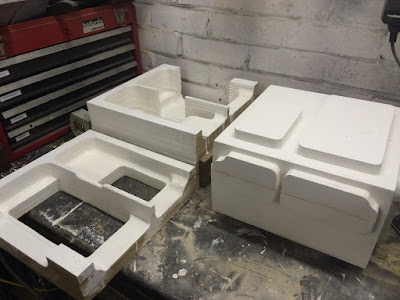 Primed and sanded. Research on the Internet showed that the best primer for this sort of thing is a spirit-based shellac goop called Zinsser BIN. One coat soaks in deep enough to kill the fuzziness of MDF after only one sanding.
I also found that Colours One Coat is not a good choice for a pattern paint, as it remains tacky and soft for weeks and weeks, the last thing you want in a pattern.

Having made the pattern for the gearbox, I went on to make one for the apron and X-motor mount: 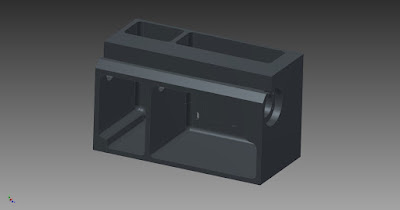 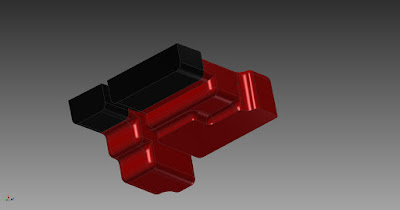 For these core boxes I used some model-board that I found in a skip. High density PU foam. It's a lot nicer and cleaner to machine than MDF. 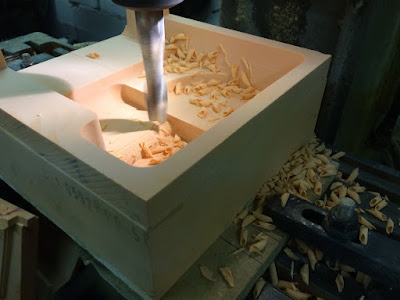 I also made patterns for the riser that replaces the compound slide. It is a bit thinner than the compound slide so that I can use 16mm tools in the Multifix toolpost. I think that the lathe was designed around 1/2" HSS tooling. The other part is the cover for the X-axis drive, which also has a 2-part core box. 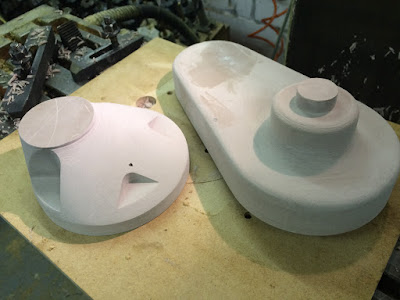 After more sanding and painting and machining, I finally had all the pattern parts ready to send to the foundry. 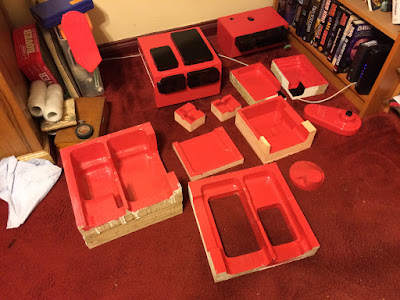 They are not all done yet, but the bigger parts are. Not surprisingly (to me) the gearbox came in more expensive than the quote over the phone, but I had already analysed the model and realised that it was a 30kg casting. The real price is £150, which I still consider pretty reasonable.