The last post ended with the machine working and capable of making parts, but there were still a few more things to add to make the lathe properly useful.

A spindle encoder is necessary for a CNC lathe if the lathe is going to be able to cut threads. As this lathe is using resolvers for axis feedback it seemed easiest to use them for the spindle too.
The spindle resolver needs to turn at exactly the same speed as the spindle. I considered using gears like I did on the milling machine and also looked into the possibility of using skewed gears as are used in speedometer drives. But in the end I settled on a simple belt drive. 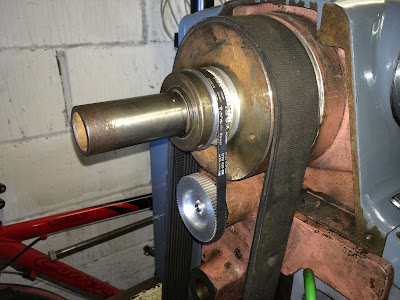 It is indicative of how much Holbrook liked to over-build their lathes that I was able to fit a resolver into the hole vacated by the first-gear shaft of the original change-wheels. In fact I was able to mount the resolver in an eccentric bush so that belt tension can be adjusted.

If you watched the video in the last post in this series you might have noticed that the tailstock end of the Z-axis screw was just waving about in the air, and was unprotected. The original leadscrew bearing housing was unusable simply because the holes were in the wrong place. And, also, the leadscrew bearings were one of the things missing from the lathe when I got it.
The steady needs to house a bearing and the helical-spring cover, so ended up actually quite big.

First I had to make a pattern: 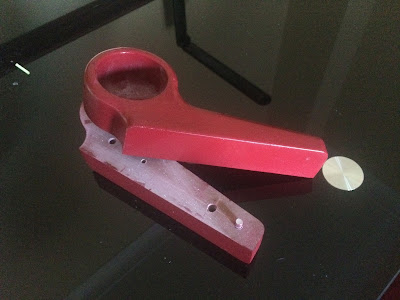 Then machine the raw casting when it came back from the foundry: 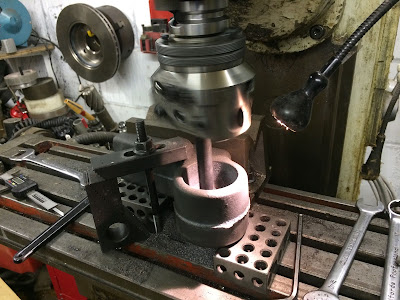 Then finally paint it and assemble it onto the lathe. 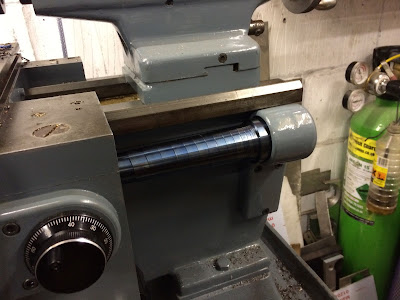 As well as the saddle Gib and the Z-screw bearings, another irritating thing missing from the lathe was the bed wipers. So I had to make some. It turned out to be quite a time-consuming job.

Pictures of original wipers show a simple flat plate and a rubber/celluloid/whatever strip, but I fancied something a bit fancier. I machined a block of steel to the right size and rounded-over the corners. I then used this as a former around which a shallow stainless-steel tray could be made. To make the material form the corners properly I had to get the metal red-hot to forge it. The tray started off 6mm deep, just because folding over a small flange is too hard. I then cut it down with a Dremel cutting disk then finally sanded it with the power-file to the right depth. 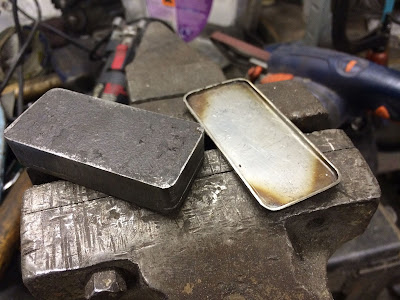 For wiper material I decided to use some HDPE cutting mat material I had lying about. The notch for the vee of the bed was simply filed with a square file. 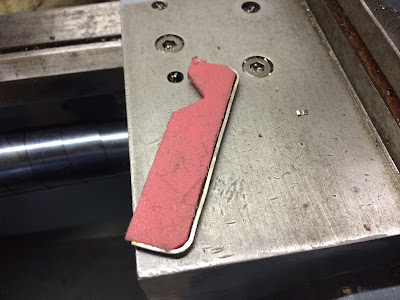 To get the screws in the right place I made a marking-stud. This was a piece of a bolt of the correct thread machined to a point. I Dremelled two slots in the edges of the pointed face to allow me to insert and extract the screw with one of those security screwdriver bits, like a normal flat-blade with a notch in the middle.
In the picture below you can see that it does, indeed, wipe the bed. I am not totally happy with the cap-head screws. They look wrong. 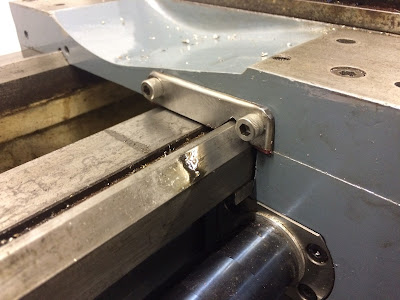 I have three chucks each of which have different chuck-key requirements. They all came to me without a chuck key. So I decided to make one key to operate all of the chucks and the D1 spindle nose clamps too. This was a pretty easy job using some hexagonal and square collet blocks that I have. I am not sure if the silver-soldered joint in the middle will hold-up to prolonged use. I might need a triangular block in the middle. 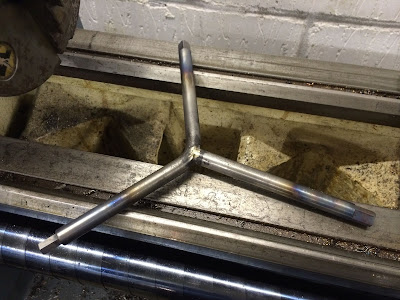 And here it is all (very nearly) finished. The control panel is a mock-up to see how it works and what I really need. I am keeping an eye out on eBay for better buttons and indicators, and I do intend to make a panel out of brass with raised legends, just like Holbrook did. But I want to make sure that I have all the right controls in the right places first. 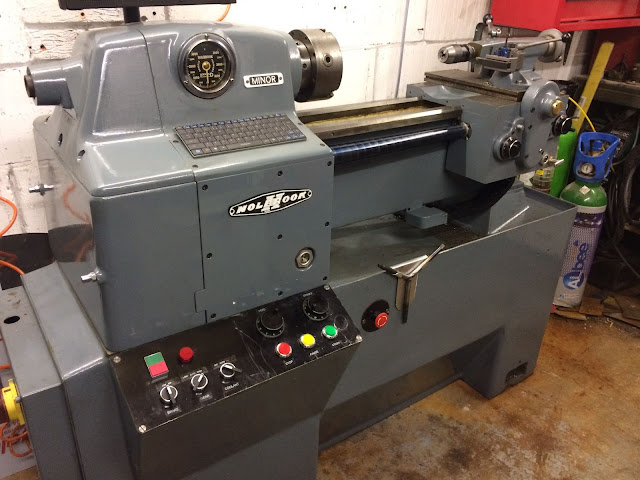 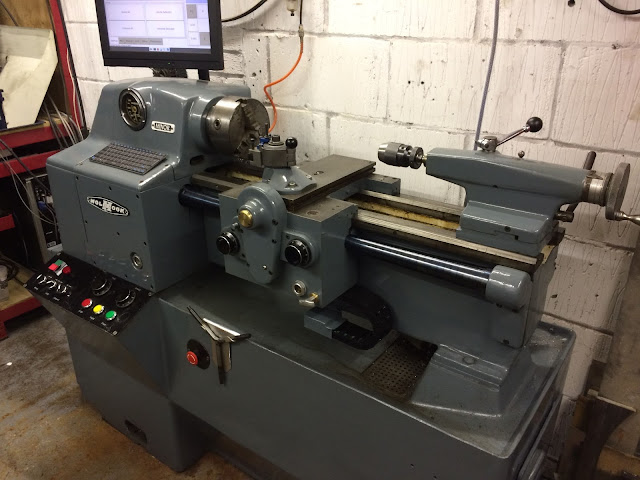 Email ThisBlogThis!Share to TwitterShare to FacebookShare to Pinterest
Labels: Holbrook09 Finishing Up