My main transport, surprisingly enough, is not a Ner-a-Car but a 2004 model Yamaha R1. I have had it from new, and have done 100,000 miles on it. If it broke terminally tomorrow I think I would buy another exactly the same.

The bike is still using the original exhaust. It is made of titanium and stainless steel and appears likely to last literally forever. Unfortunately it isn't all titanium. For some unfathomable reason they chose to make the retaining flanges out of mild steel, and after a while they look like this: 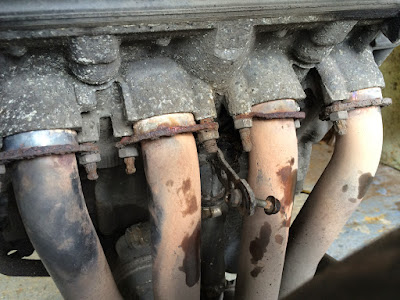 Not pretty, that's for sure.

The clamp-plates are put on the header pipes before the pipes are welded into the collector flange. Once on, they don't come off in one piece. More annoyingly they don't go on in one piece either.

I had plenty of time to think about this, and in the end I had a batch of these made by a local laser-cutting place. 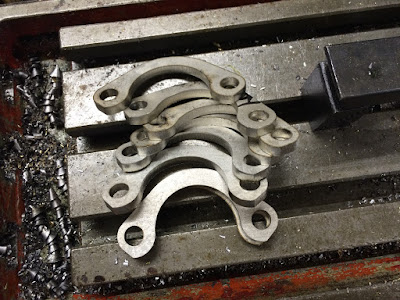 If you want to make some, then this is the CAD file I sent them:

At this point they won't work for the job, they need a bit of machining. I was going to use the mill, but I am having problems with the PCI card. (probably the motherboard slot). So I found a way to do it on the lathe: 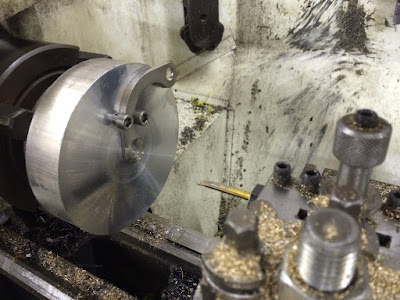 And then with the hole parts half-thickness the result is a flange that can be assembled round the pipe in-situ. It's like the Ying-Yang of combustion gas evacuation. 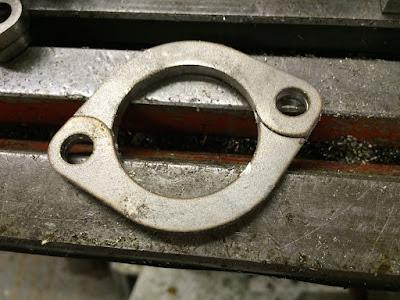 Once I had made one I checked that the idea was sound, and was rather pleased with the result: 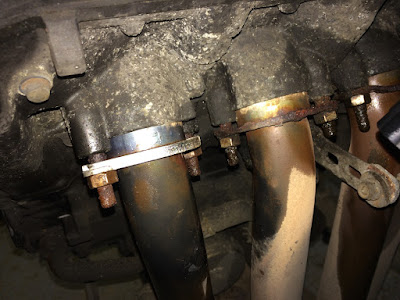 So I went on to make the others, then cut off the old flanges with a Dremel cutting wheel. 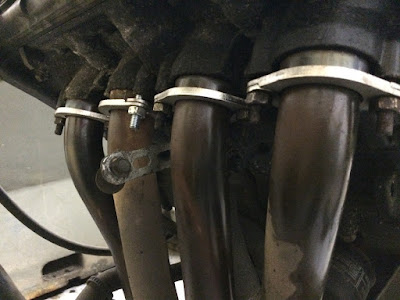 All in all, it looks (so far) to be a surprisingly great success.